They get a complete new learning opportunity while some culture shock are much difficult.

Here are some of the biggest culture shock examples

1) Throw the baby for Good Luck in India

500 year old traditional ritual followed in Karnataka, India where newly born baby is thrown from a 50 feet height of Sri Santeshwar Temple and the baby is caught by family members.

Chinese believe that their wife could have an easy delivery when husband carries wife over burning Coal.

3) Foot- binding to limit them from Growing in China

It was the practice first carried out on young girls in China to restrict their normal growth and make their feet as small as possible. Bound feet were considered a mark of beauty. It is not practiced in the present days.

Using Red Ink to write Name is big No in South Korea and considered very unlucky and rude against the person whose name is written.

5) Spitting on the bride at weddings in Greece.

It is a very old Greek tradition to spit on the bride to protect them from evil spirits which is done 3 time for good luck.

6) Do not point with your finger in Nicaragua

In Nicaragua, pointing is done with Lips.

It was one of the strange cultural shock. According to this tradition, abductor kidnaps the girl and if he became successful in keeping the girl for 2-3 days, the girls becomes his wife. It was practiced in 19th century.

Women in Thailand wear rings in their Neck as they believe it will make their neck longer which adds to their beauty and attractiveness.

La Tomatina is the strange culture shock examples in spain where people throw tomatoes at one another. Some people say it began due to friendly food fight between friends.

Camel wrestling is an ancient village tradition and tournament in Turkey.

Probably it is one of the most difficult culture shock examples where newly married bride and groom are not allowed to use toilet for three days as it is considered bad luck.

Throwing cinnamon to single people by their friend at birthday is the tradition at Denmark. If you are 30 years old and still single then the spice thrown at you will be pepper.

13) Battle of the Oranges in Italy

Battle of oranges is the tradition of throwing oranges at people in the Northern City of Ivrea. It is the Largest food fights in Italy.

These are some of the biggest culture shock examples in various parts of the world. Some of them are weird while some may seems to be interesting.

Want to Know More About us? 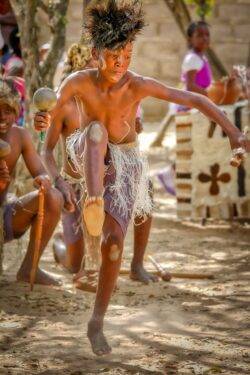