2) Food tastes better when someone else makes it.

4) The smarter the person is, the faster he thinks, and the sloppier his handwriting is.

5) The happier we are, the less sleep we require.

6) The average amount of time a woman can keep a secret is 47 hours and 15 minutes.

7) Receiving rewards could convince you that a boring task was fun.

8) There is a psychological reason why you felt that your phone vibrated when there is actually no notifications.

9) Being alone for a long time is as bad for your health as smoking 15 cigarettes a day.

10) People aged between 18 and 33 carry the most amount of stress in the world.

12) What considered normal anxiety levels has increased over the years.

13) A person with Narcissistic Personality Disorder often also suffers from depression or anxiety.

14) Having positive and happy people around you can keep you happier.

15) People who speak two languages may unconsciously shift their personalities when they switch from one language to another.

16) There is a psychological reason behind your urge to go to the beach when you need a vacation.

17) Good morning and good night text messages activate the part of the brain responsible for happiness.

18) If you think that your idol is in love with you, there is a huge chance that you are suffering from a mental illness.

19) Any friendship that was born in the period between 16 and 28 years of age is more likely to be robust and long lasting.

21) Marrying your best friend eliminates the risk of divorce by over 70%, and this marriage is more likely to last a lifetime.

22) People who have a strong sense of guilt are better at understanding other people’s thoughts and feelings.

23) People tend to value objects more when they assembled it by themselves, even just partially.

24) When two persons talk to each other and one of them turns their feet slightly away or repeatedly moves one foot in an outward direction, this is a strong sign of disagreement, and they want to leave.

25) Intelligent people tend to have less friends than the average person. The smarter the person is, the more selective they become.

27) Everything your mind says has an equivalent reaction from the cells in your body.

28) A person still has 7 minutes of brain activity upon dying.

29) You tend to believe only what you want to believe

30) Smart people tend to depreciate themselves.

31) Your memories are easy to manipulate.

33) Returning a favor is in your nature.

34) You obsess over things which you feel you lack.

35) You READ FASTER With a longer Line Length But PREFER Shorter.

36) You Reconstruct Your Memories

38) The Desire For Control And Choice Is Built In

39) Too Much Stress Results In Poor Performance

41) The pain from being ignored is not an overreaction.

42) People Assume It’s You, Not The Situation

43) There is a reason why that song is your favorite.

44) The more uncertain you are, the more you dig in and defend your ideas

45) You always find a problem.

47) Some people are afraid of feeling too much happiness.

These are some of the most awesome psychological facts. 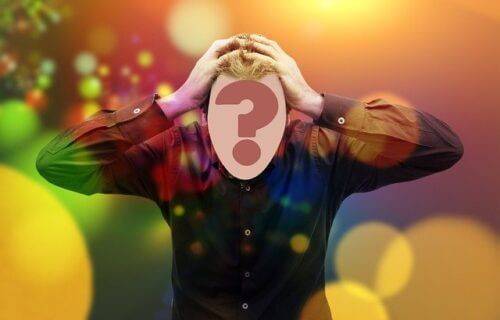 12 thoughts on “Most awesome Psychological Facts”