What is the best relation between Power and Politics?/ Political Power

Power and Politics, Politics is a way of making decisions in a group to improve and strengthen the unity and development of the particular society or Nation. Now, What is power? Some science students might say Power is the rate of doing work per unit time. But it’s not what we want. Talking about power and politics, power is defined as the capability to do something in a particular way.

Executive has the power to implement the laws made by the legislature. It is the power which helps performing the general functions of the government. It has important role in maintaining different programs and policies in the state.

When the laws are made by legislature and implemented by executive, Judiciary operates it. Judicial power is the power of the court to produce a judgment between persons and parties which includes giving punishment to guilty. It helps in protecting the welfare and rights of the common people.

These are the 3 most important power of any of the countries. Politics has a great role to play for the development of the Nation. For a development and proper use of power, there should be a great relation between common people and government. Political parties are the one who can play a bridge between the government and the people to help in maintaining the mutual understanding and peace toward the development works.

Political Party is the group of people working together for the betterment of the particular place by exercising the political power. Political parties have the big role to play for the right use of power. A state can progress and develop when all the power available in the state are used in a right way. And, political parties are the one who can help to use the available power in the right way so that the development works become rapid and sustainable with the active participation of the people.

How political parties can play their role in using the political power for the betterment of the Nation?

Want to Know more About Us 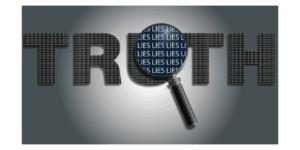 10 thoughts on “What is the best relation between Power and Politics?/ Political Power”